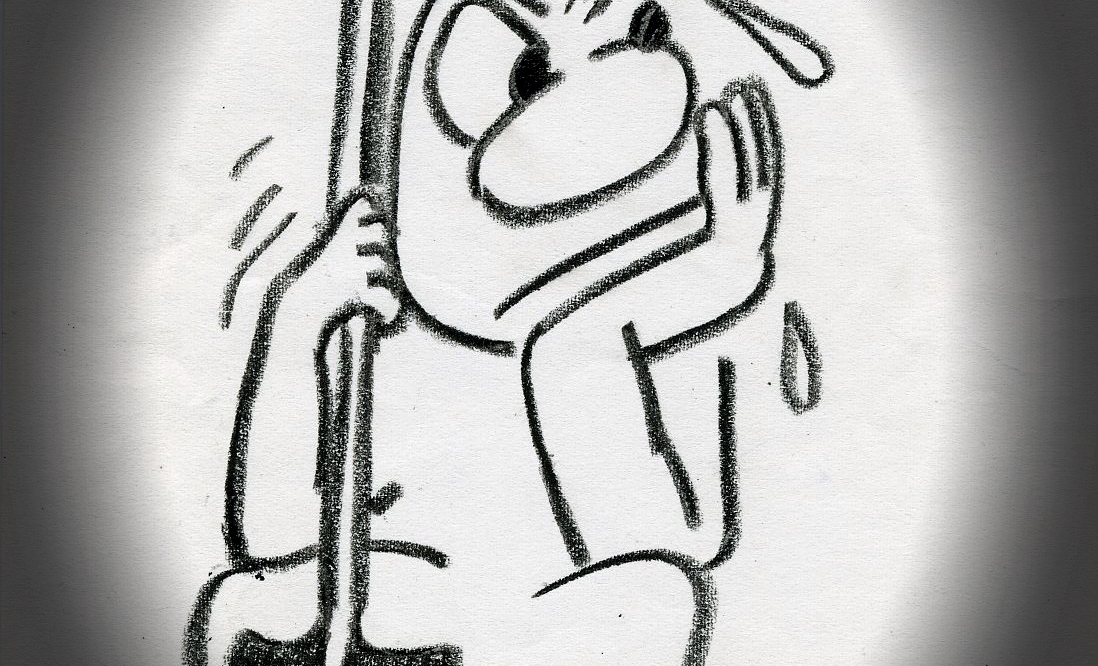 Rob’s face creases with worry. “I might need a heart valve transplant.”

“Oh really, and the quack told you this?”

“Of course, he did a test. He’s run off most of his patients. He’s a quack.” My voice rises as the dog crawls onto Rob’s lap to lick his chin. I ignore the muscle twitching beneath my left eye and calm my voice. “Okay, tell me about your appointment.”

“Well, I went in to have my blood work done and he said he’d like to do a stress test.”

Rob is a stress test but I bite my lip. “Was the office busy?”

“No, that’s why he suggested I have a stress test.”

I grunt. “And you’re worried?”

And he is worried. “Listen Honey,” I say, as patiently as I can, “the man is a quack.” Rob opens his mouth but I plow on. “He showed me his brand-new sonogram machine, swiped the wand over my abdomen, and decided I had bladder cancer.” I stab a finger against the tic. “I had to see a Urologist who told me I was fine, go home.”

“But I have to see a specialist.”

“Good.” I wrench the lid off the carton and shove a spoon into the melting ice cream. “Someone needs to tell you that you’re going to live.”

His face falls, “They didn’t tell me.”

“But you did a stress test?” He nods. “Okay.” I close the laptop and give Rob my attention. “Tell me everything.”

“Well, they put me on the treadmill.”

“Well, they kept increasing the speed and then the elevation and after twenty minutes, a doctor came out and asked if I was a marathon runner. I told him no, but I walk my seventeen-year-old dog around the block every day.”

He shakes his head. “They didn’t tell me the results.”

Parking my rollaboard by the front door I turn to give Rob a hug, and stop. “What the hell is that?”

The worried look is back as Rob fingers the blue box hanging over his chest. “A heart monitor.”

He opens his mouth, but I start to quack, and after a moment he laughs.

“So, do you think you’ll live?” I ask, as I uncork a bottle of Merlot. Usually, I peel off the uniform two seconds after I cross the threshold, but I’m distracted by Rob and his damned blue box.

“I have to wear this for twenty-four hours, so I’ve decided to sleep on the couch where I won’t bother you.”

“Hi Honey.” I greet Rob at the door. “How was your appointment.”

“I’m fine.” He shrugs, but the sheepish expression gives him away.

“Well,” he says, “there were seven of us in the waiting room and we all wore heart monitors.”

We laugh for a moment and then I point a finger in his face. “The day you have a serious problem, is the day you go to my physician.”

Laughing through life, one misplaced comma at a time. View all posts by Kelly Louise Allen

This site uses Akismet to reduce spam. Learn how your comment data is processed.